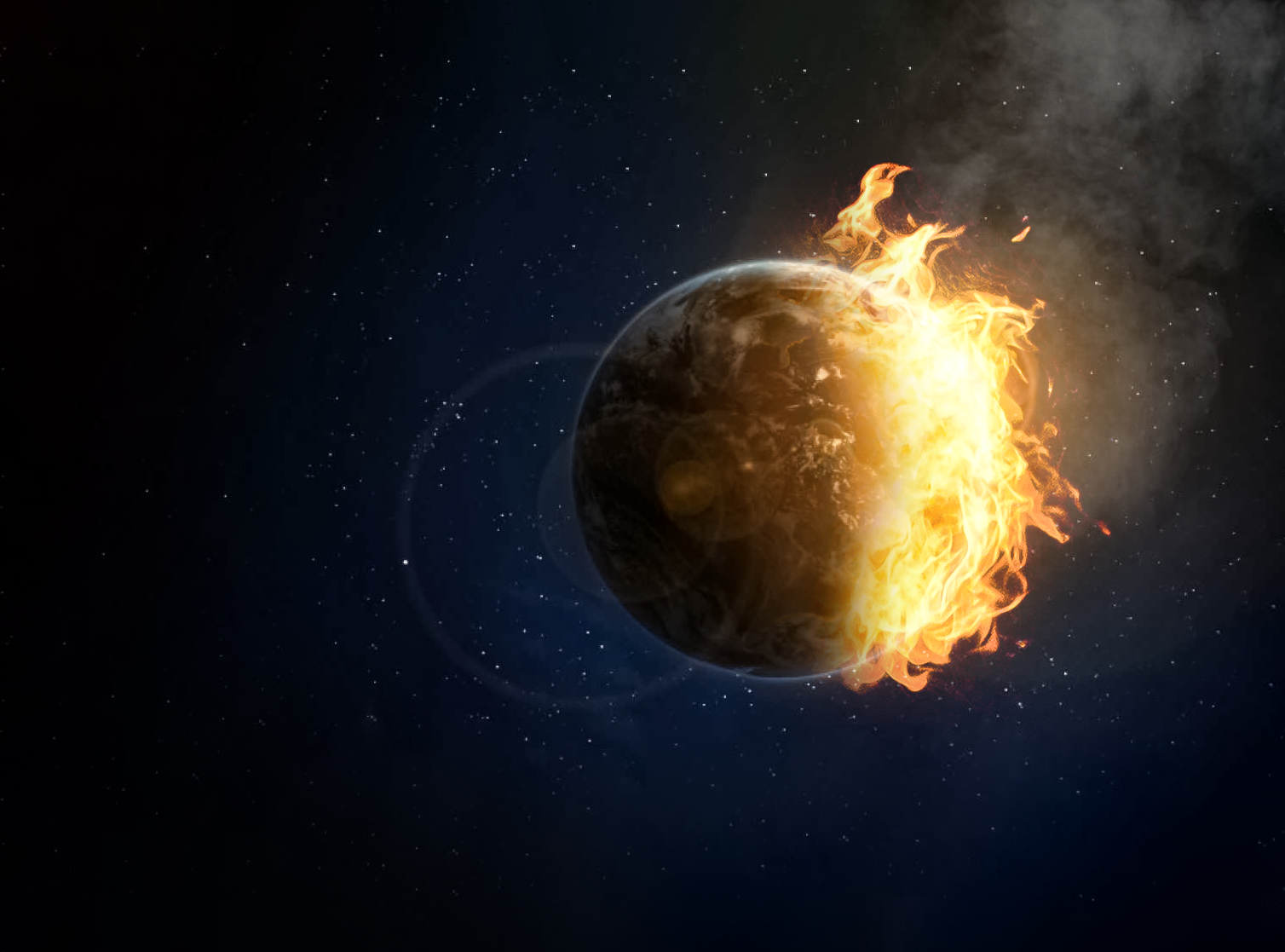 A group of MPs in the UK from six parties have welcomed the new Plant Based Treaty initiative in an Early Day Motion ahead of Novembers’ UN Climate Change Conference aka COP26.

Scientists warned that we need to cut methane emissions urgently to avoid widespread climate collapse. While carbon dioxide emissions (CO2) usually grab the headlines, methane heats the world far quicker and has a warming potential more than 80 times stronger. Inger Anderson from the UN Environment Program says, “cutting methane emissions is the best way to slow climate change over the next 25 years.”

Dubbed a companion to the UNFCCC/Paris Agreement, the Plant Based Treaty which launched on 31st August 2021 is a grassroots initiative which aims to direct the Paris Agreement towards a plantbased economy and put food systems at the forefront of combating the climate crisis.

Modeled on the popular Fossil Fuel Treaty, the Plant- Based Treaty addresses the methane emergency and aims to halt the widespread degradation of critical ecosystems caused by animal agriculture and to promote a shift to healthier, sustainable plant-based diets.

The do-it-together movement, which is backed by IPCC scientists, Dr Peter Carter of the Climate Emergency Institute and Professor Danny Harvey, lead author on the 4th and 5th Assessment Reports, Working Group III, urges individuals, groups, businesses and cities to endorse the Plant Based Treaty as a means of creating bottom up pressure on national governments to negotiate an international Plant Based Treaty.

Plant Based Treaty Endorsement Goals by 2023

I endorse the Plant Based Treaty because it addresses the single largest sources of GHG emissions in a two-pronged manner that parallels exactly what needs to be done with regard to fossil fuel emissions: freezing further development, and unwinding existing intensive industrial systems that produce cheap meat and dairy at the expense of enormous animal suffering.

The campaign calls on governments and policymakers to urgently commence negotiations to adopt and implement a Plant Based Treaty, laying out a binding global plan to:

1. Relinquish Committing to no land use change, ecosystem degradation or deforestation for the purpose of animal agriculture.

How would an international Plant Based Treaty work?

Phasing out both fossil fuels and animal agriculture along with reforestation of Earth is our best hope of limiting global temperature rises. The Paris Agreement, which aims to limit temperature rises to 1.5C is silent on both fossil fuels and animal agriculture, which is why we need an amendment to this global agreement in order to focus on solutions.

If we only draw down fossil fuels and ignore animal ag, it’ll all be in vain.

We are now facing an unprecedented existential threat. Earth’s average global temperature has risen around 1.2C above pre-industrial levels due to record breaking concentrations of greenhouse gases and is wreaking havoc on communities across the globe. This year, we have experienced record breaking heat waves, floods, droughts, extreme weather and crop failures. July 2021 was the hottest month on record. The frightening reality is that this year’s temperatures may in fact be one of the coolest when we look back a decade from now. According to IPCC projections we are on a path to reach 1.5C warming above pre industrial levels around 2030 and a catastrophic 2C by 2040 unless we take urgent action to address the climate breakdown.

You can help by signing the Plant Based Treaty

The Plant Based Treaty depends on people power and brings together all actors under one call to action to world leaders. So head on over to:

…to add your name. Since launch over 11,000 individuals, 400 organisations, 200 businesses have already endorsed along with scientists, celebrities and health professionals.

Will the rise of veganism translate into political will?

There is a growing awareness that becoming vegan is the most impactful action an individual can take for animals, the planet and health. A recent BBC survey found that more than 60% of children in the UK aged five to 16 are either vegan, vegetarian or want to be. Another global study revealed that nearly 60 percent of young people are willing to ‘drastically’ change their lifestyle to protect the planet.

With this in mind, if plant-based solutions were adopted at a policy level on a global scale through a Plant Based Treaty this shift could be accelerated and many of the world’s problems could be addressed.

Since the campaign launch, the Plant Based Treaty has attracted the support of politicians worldwide. One of the first to sign the treaty was Mexican Senator Jesusa Rodriguez, along with eight Members of the European Party (MEPs). Following an email action alert 10% of Bristol City Councillors endorsed.

14 MPs from six parties have signed an Early Day Motion (EDM) welcoming the Plant Based Treaty, calling on the government to roll out a plan to transition to a plantbased economy.

Emma Lewell-Buck, Labour MP for South Shields and primary sponsor of EDM 434, was also the first Member of Parliament to endorse the Plant Based Treaty.

“I’m proud to be the first MP to endorse the Plant Based Treaty and pleased to have brought forward an EDM on this hugely important issue. Whether you’re vegan or not, this EDM is about raising awareness of how the climate crisis is a real threat to humanity and encouraging others to think about how we can all do our bit by making changes to our lifestyles that would help protect our planet for future generations to come.”

To know if someone really wants to fight for justice, you have to see what they eat.

“This House welcomes the Plant-Based Treaty aiming to put food systems at the heart of combating the climate crisis by encouraging a shift to healthier and sustainable plant-based diets, while simultaneously working to reverse the damage to ecosystems and biodiversity; and, calls on the government to use COP26 in Glasgow as an opportunity to be a world leader in recognizing the negative impact of industrial animal agriculture on climate change and commit to developing a global strategy to transition towards more sustainable plant-based food systems.”

During the first month of campaigning, two cities endorsed the Plant Based Treaty. Rosario, which is the third largest in Argentia endorsed at a climate rally along with the city university and the City of Boynton Beach, Florida endorsed because they are promoting plant-based foods as part of their climate action plan.

What more can you do?

1. Visit plantbasedtreaty.org to endorse the treaty as an individual, group or business.

2. Invite your city to endorse the Plant Based Treaty by taking part in our email action alerts on our website.

3. Email hello@plantbasedtreaty.org to start a Plant Based Treaty group in your town. 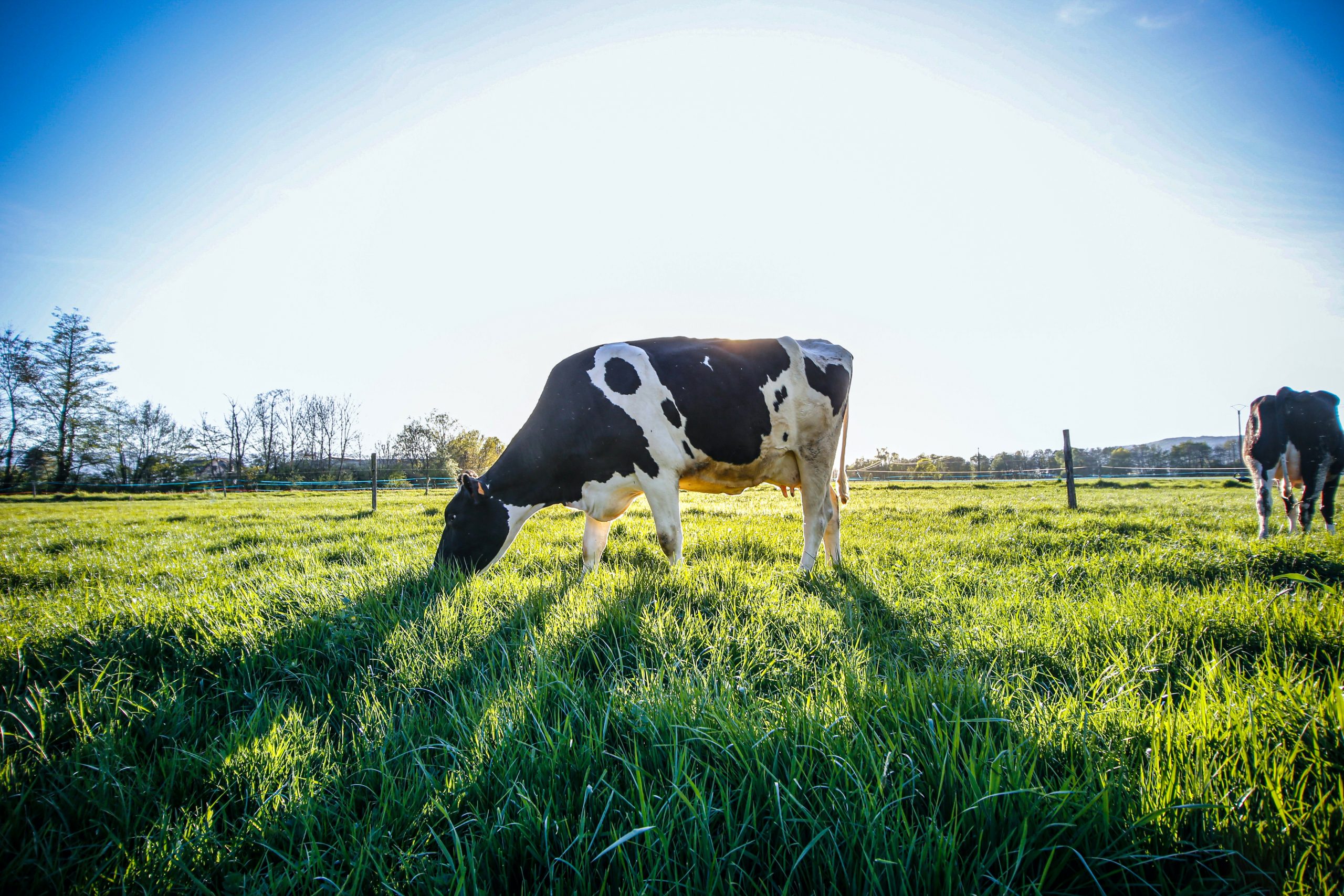 The Vegan society at cop26

The Vegan Society were present in abundance at COP26 – and just as well, as Governments from acros 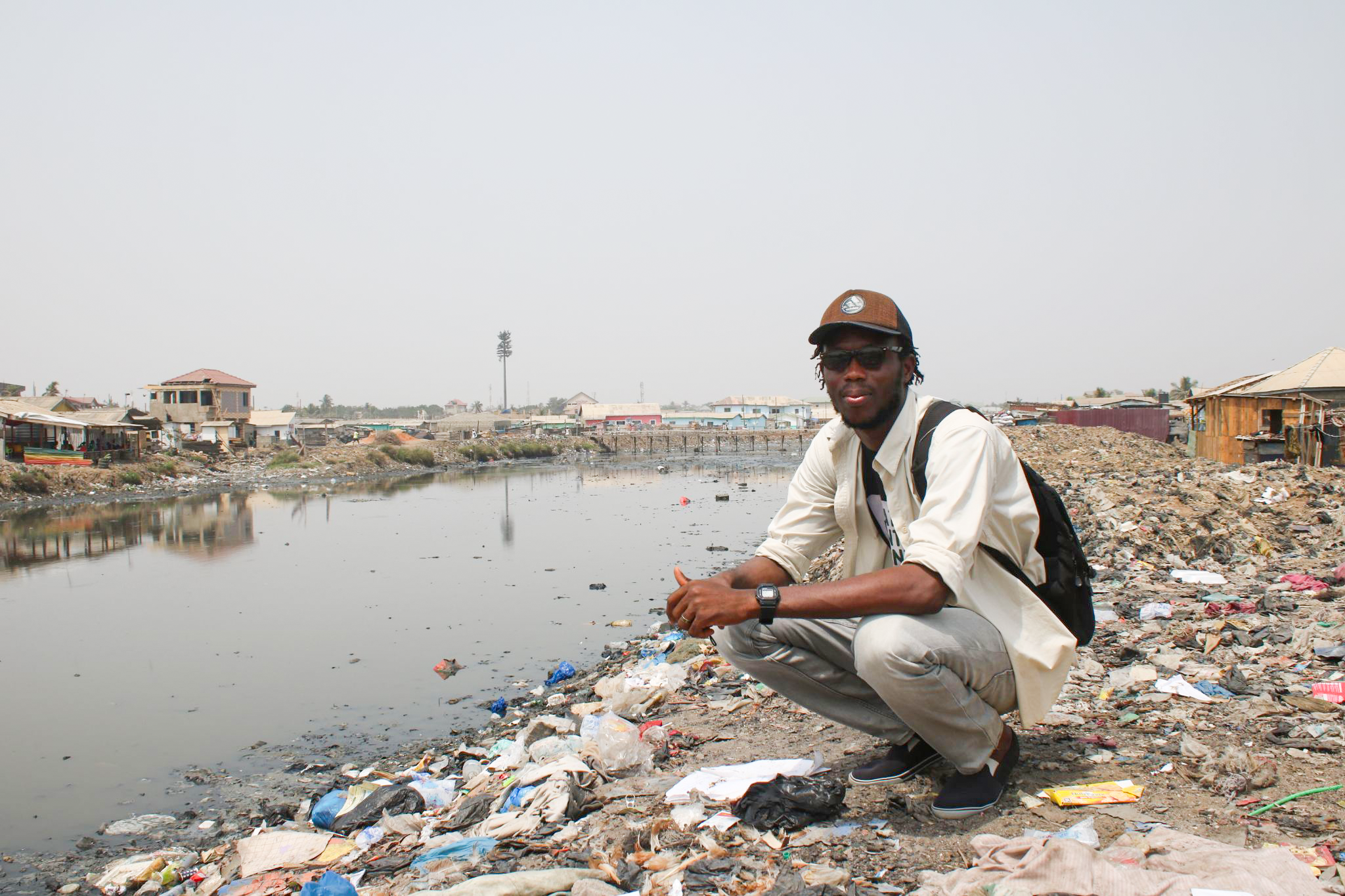 18 May 2022 By Pete Metcalfe
ConservationEthicsFeaturedIssue 4People

You may not have created the mess but you have a major role in making Mother Earth green again. Vega 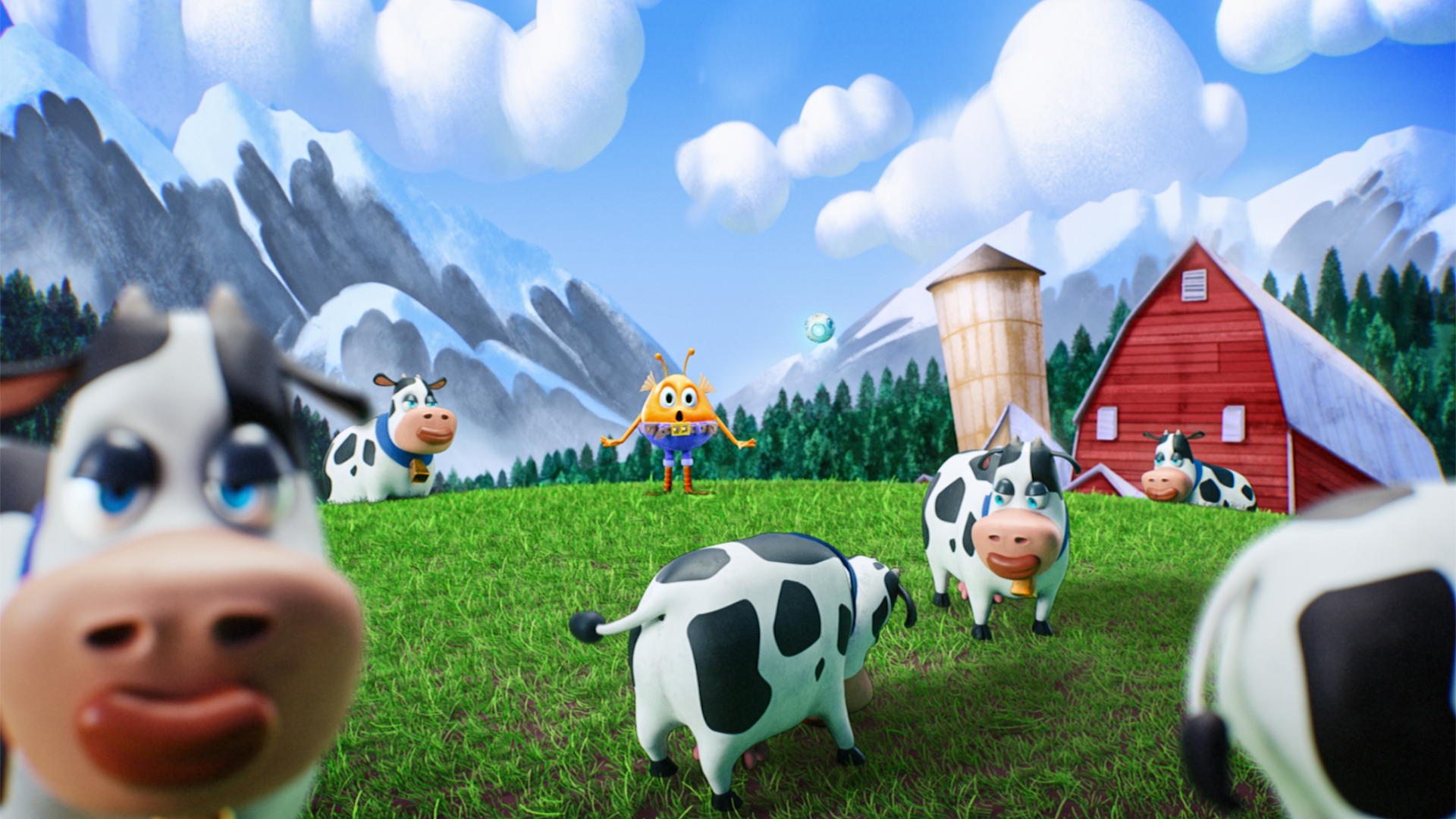 And just before COP26, Obki’s already escalating presence went into orbit with the news he has bec

New release date! We’ve had to move back the re