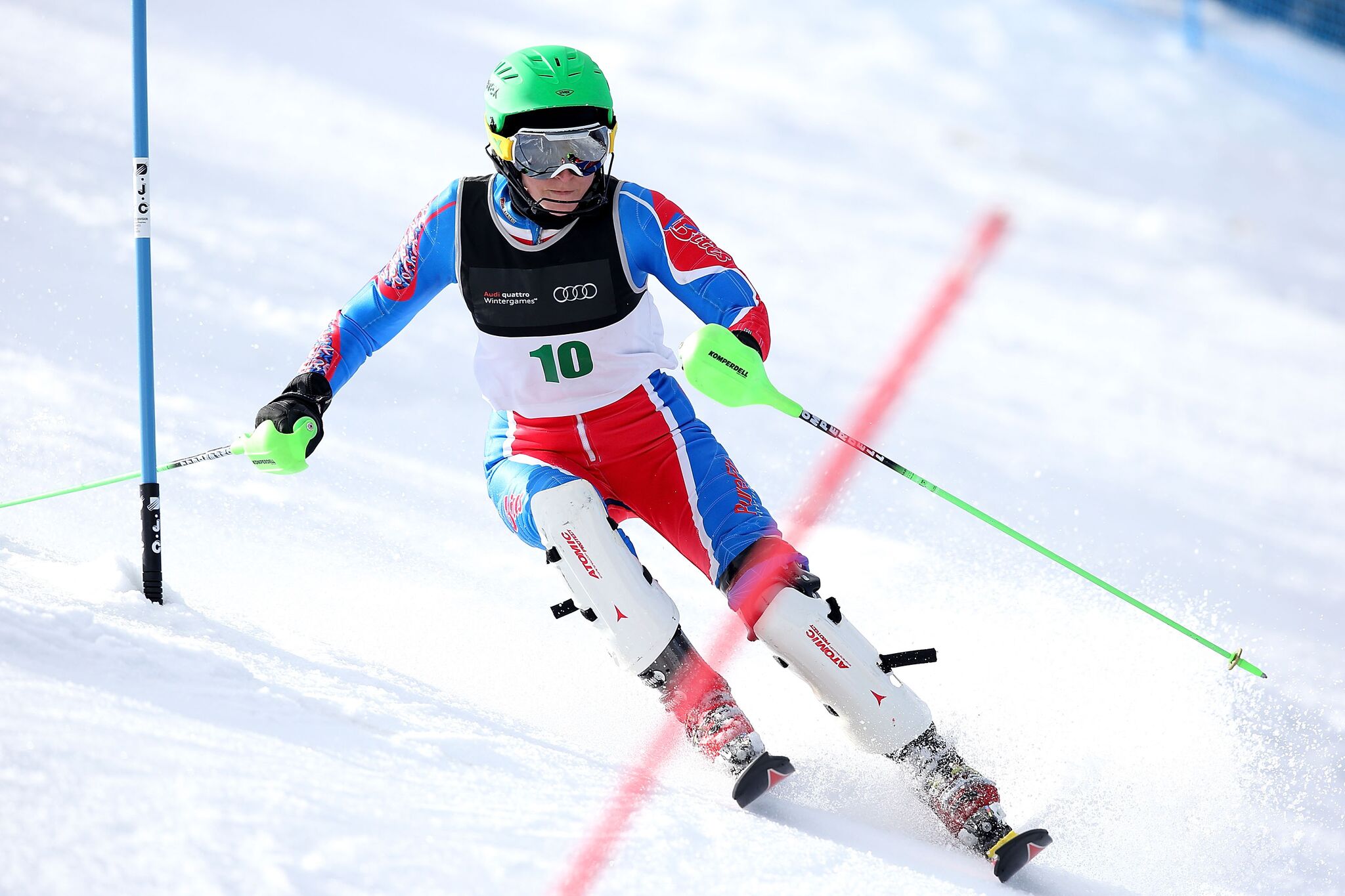 Heather Mills is no stranger to most, with a very colourful and prominent history within the plant-based market & vegan world. Not only that, Heather still holds the World Record for ‘the fastest disabled woman on the planet’, speedskiing at speeds of up to 166.84 km/ph!

Achieving highly in multiple areas, Heather turned her attention to Vbites after purchasing the Redwood Wholefood Company in 2009 and continued that trend. As of today, Vbites sells ‘130 vegan products to over 20 countries around the world’, has opened multiple cafes and restaurants from UK to New York and now has a dedicated vegan factory producing Vbites products day in day out.

Heather – good to see you – how have the past couple of years been for you?

It is a pleasure Karin, you are such an inspiration – your dedication and commitment to the vegan cause for decades is admirable.

It’s been an absolute rollercoaster – a complete mixture of highs and lows. I have never been busier in my life and I’m a pretty busy person, 20 hour days seven days a week to keep the companies alive through this difficult period. First of all Brexit and then Covid, and Brexit is still a disaster with import and export issues for many companies.
On a positive note we have partnered with a family business in Germany who have relationships with 20,000 fair trade farmers so we are now the first meat fish and dairy-free company that is farm-to-fork within Europe and the UK.

As you can imagine one year of due diligence is no mean feat through Covid, but we did it, saving the factories in the process and have massively scaled too, especially in the dairy-free and fish-free sectors.

The V Bites site – “Plant Based Valley” – how’s that going?

We currently have three factories in the UK and we have now expanded into Germany and Austria since merging with our new minority shareholder partners… However the north-east certainly is the plant-based valley of the world because we have the largest 100% plant-based facilities in the meat, fish and dairy-free sector, Despite all the odds. So the dream is happening, but it is a lot of work as you can imagine!

You must be proud of the jobs you have created in the area.

It’s been a real team effort of a small group of us who have gone the extra mile to make this happen, many of my friends said I should step back before I kill myself working crazy hours but I just knew we could make it work and I put a brilliant team together to take it to the next level.

Plans for the site? Will it still develop and attract new businesses?

The different factories do different things. One in the north-east is 100% allergen-free making 29 different varieties of plant-based cheese. One of the others makes meat-free and fish-free products.

We have some start-ups making ice cream and oat milk, who will soon be moving into their own facilities so they can continue growing in the market.

And abroad? Are you exporting a lot? Or has Brexit hampered plans?

Most of our business is exported because the British market is saturated, and many countries are still in their infancy. Europe, the Middle East and America are the biggest growth markets for us, but we continue to supply the UK, and when the British people want to start buying British products we are there. Unfortunately a lot of people are buying vegan cheese from Greece and vegan burgers from America.

How’s the skiing going? You are a world champion!

I had a choice to continue with my ski career or focus 100% on the business to keep it alive and scale it so I had to give up ski racing, at the age of 47.

However yes I still hold the world record for Speed Skiing, Skeleton and Ski Jumping.

The whole point of doing it at a later date was to prove you can still be fit and compete on vegan protein.

And recent new hobbies or pastimes?

Now I have a bigger team I’m hoping over the coming months that I can finish learning my languages, and start practising my Saxophone again.

You have a number of other vegan businesses too? The Be at One brand for example?

Yes the Be At One vegan make-up brand has just launched into 250 stores in Austria & Germany, and next is Slovenia and Croatia in June and July.We created this range so it would be top quality but at a low price.

Next it launches into the Middle East because a lot of people don’t realise that there is pig in a lot of make-up and that is not only not vegan, it is not kosher and against Islam, so we have solved that also.

Where do you see the next big growth for vegan products?

Cheese, cheese and cheese! We need to convert the vegetarians to veganism and cheese is often the stumbling block.

Meat-free will always be second, and as far as the next big growth – fish will be next…

We have worked out a way to put my vegan high-level DHA into our fish products – a few people cannot convert a short chain fatty acid to a long chain fatty acid from linseed and flaxseed so this is a perfect solution.

They’re made from Konjac, as it makes it very easy to digest.

The next ‘wave’ in food will be about the digestive system and low fodmap foods, as it affects everything we do mentally.

It’s a brilliant movement and a great force for change, I just dream of the day when it runs throughout the whole year, and we can only do this with great tasting products, education and awareness.

Great tasting products are essential because most people really don’t care about anything other than themselves, but once they are given food that is great it makes it very easy for them. When they stop eating animal products they start looking at them as living beings, so then they start to care.

Tips for newbies: Start by eliminating milk and try one of the plant milks available. Don’t give up on the first one if you don’t like it. I started with Soya, and then I stopped liking it and I moved to oat, then I had rice in my cereal, and when we started VBites cafés in 2008 we had quinoa milk and hazelnut was a popular one too..

My hope is that people start to think about how short life is and that we must be kinder to each other and every other sentient being. I have lived my whole life working in and watching wars throughout the world. If we can just calm the egos And stop fighting we can create happiness, as life means nothing without it.

And finally – we very much hope you will be joining us on our Plant Powered Planet Stage at Vegfest in November! We do hope you can make it…

I will do my best to be there… Keep up the great work.

Thanks Heather! Hopefully see you later in the year!

For more information on VBites, check out their website and social media pages here: 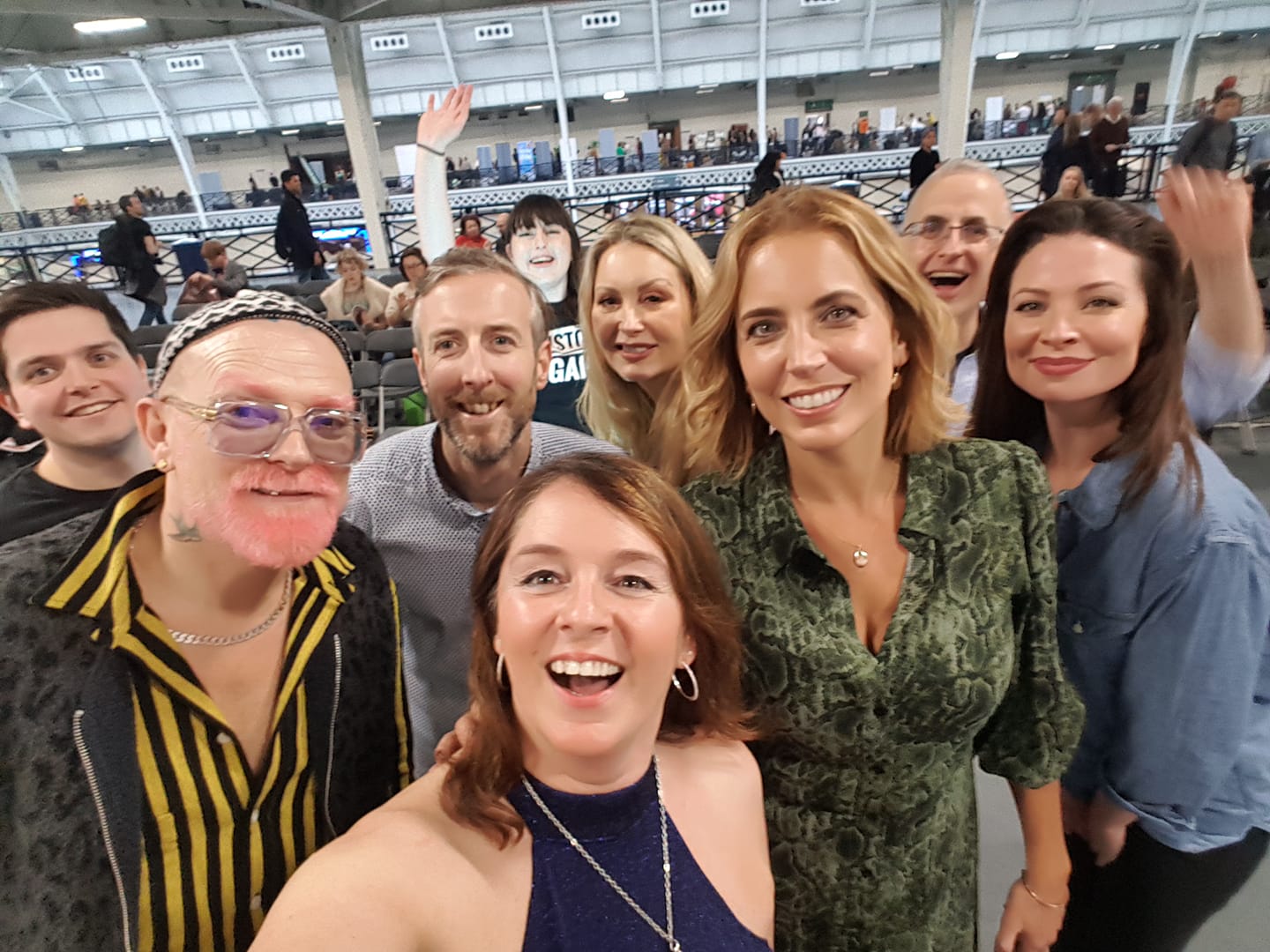 Vegan cookbooks: A Gift for Life

This season of goodwill, why not give the gift of knowledge to friends and family? And nothing beats

Available in our bio now! @plantbased_healthonline